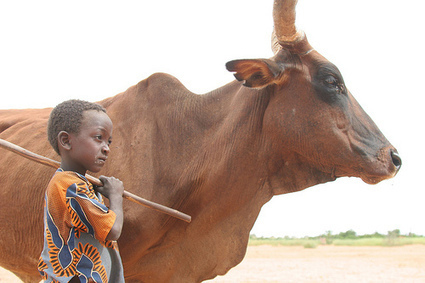 A new FAO study reports that more than 85 per cent of poor livestock keepers in sub-Saharan Africa live in extreme poverty; here, at a Toureg encampment near Fakara, in Niger, a boy herds a prized …

The multiple dimensions of the livestock-poverty interface, including technical, policy and political economy aspects, have been addressed and debated in disparate contexts and from different perspectives (e.g., Ahuja and Sen, 2006; FAO, 2009a; Perry and Grace, 2009; Thornton et al., 2007), but poverty has rarely been the entry point of analysis, and issues have been looked at predominantly from either the technical or the policy perspective. This has created difficulties for appreciating the intricacies of livestock-poverty relations and, consequently, for formulating policies that stimulate unambiguously pro-poor investments in the livestock sector.