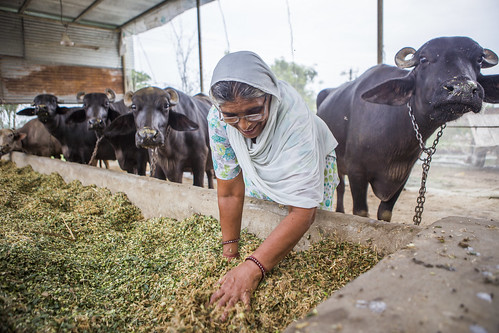 Small-scale farms mixing crops and livestock, such as this one in India, will feed a growing world population (photo credit: CCAFS/Vishwanathan).

An article published this week (18 Nov 2014) in the online edition of Kenya’s Standard newspaper highlights the important role that mixed livestock and crop farms will play in feeding the world in coming years.

The article cites research by the International Livestock Research Institute (ILRI) that showed that ‘farmers and policymakers need to turn their attention to mixed farming systems, especially in [neglected medium-] potential areas’ because these farms ‘more than the traditional breadbaskets and rice bowls of the past, will feed the growing world over the next few decades.’

According to the article, ‘farmers who mix growing crops with rearing livestock in both poor and developed countries, not only boost food security efforts’, but also earn much needed income in the process.

Read the whole article: How…