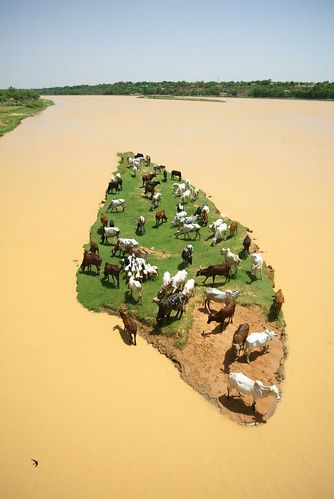 Livestock grazing on an island in the River Niger, as seen off a bridge in Niger’s capital, Niamey (photo credit: ILRI/Stevie Mann).

The livestock sector contributes significantly to the global economy and to rural livelihoods. Globally, approximately one billion smallholder farmers keep livestock. However, the burden of animal disease in developing countries is high; livestock disease kills 20% of ruminants and over 50% of poultry each year, causing annual losses of approximately USD 300 billion.

Climate change may also have indirect effects on animal diseases, for example, higher temperatures and greater humidity can lead to faster development of disease-causing parasites and pathogens.

In order to address…