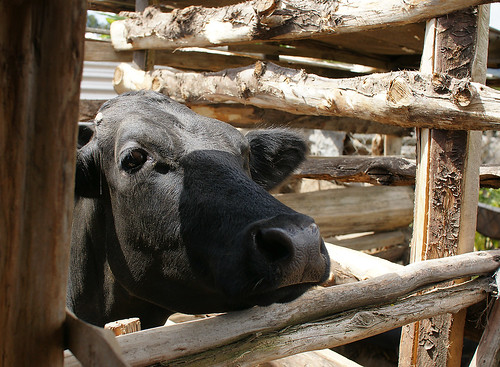 A cow in Kenya. An on-going study in Nairobi, Kenya is investigating how zoonotic pathogens are introduced to urban populations through livestock commodity value-chains (photo credit: ILRI/Paul Karaimu).

A study by 12 Kenyan and UK institutions, including the University of Liverpool, the International Livestock Research Institute (ILRI) and the University of Nairobi, is investigating the role of urbanization in the origin and spread of zoonotic pathogens (those that spread between humans and animals) in Nairobi, Kenya.

According to an article published online and in print in the New Scientist in August 2014, the Nairobi study is investigating the effects of ‘close interactions between people and animals’ in urban settings on the spread of pathogens such as Escherichia coli, Campylobacter and Salmonella, which can infect both humans and animals.

The ‘Epidemiology, ecology and social-economics of disease emergence in Nairobi’ project is expected to reveal how pathogens are introduced into urban populations…