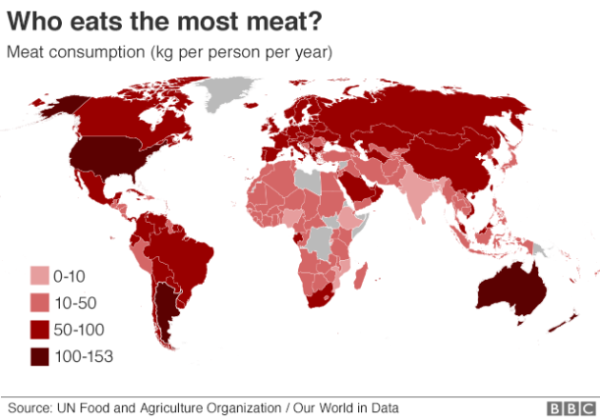 People WILL NOT change their diets for environmental reasons.

No matter how often we hear “EAT LESS MEAT”

we eat more meat when we can afford it, because we like it.

The following excerpts are taken from a BBC analysis piece published yesterday that was commissioned by the BBC from Hannah Ritchie, an expert from the Oxford Martin School and the non-profit organization Global Change Data Lab.

‘Rising incomes
‘. . . [G]lobal meat consumption has increased rapidly over the past 50 years. Meat production today is nearly five times higher than in the early 1960s—from 70 million tonnes to more than 330 million tonnes in 2017.

‘A big reason for this is that there are many more people to feed. Over that period the world population more than doubled. In the early 1960s there were around three billion of…